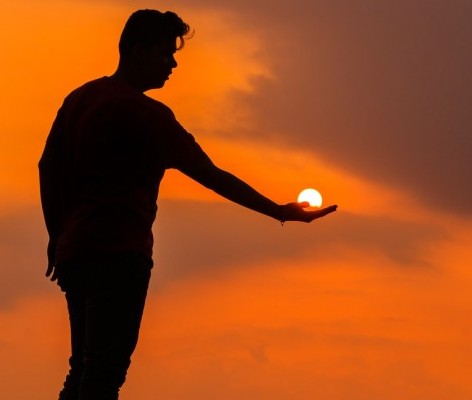 How Ralph Earns a Full-Time Income from His Laptop

A Simple 4 Step Formula for Building a Business and Earning Your First $1,000 Online

I came across this book the other day entitled “The 25 Biblical Laws of Success, powerful principles to transform your career and business”. It is written by William Dougas and Rubens Teixeira.

I found it in a grocery store actually and started to thumb through it since I have a big interest in both business and biblical principles. Yes, I did end of taking it home (oh, and I did buy it…lol).

This made me think of a statistic I read somewhere on the internet about how only about 97% of people actually succeed when starting their own online business. I saw this statistic and then wondered about the other 3% who do succeed and what are they doing that the rest are not. Well….. I think it really has to do with the laws concerning work, which was one section in the book. This section has 5 different laws associated with it.

Do You Believe In the Law of Gravity?

This may seem like a real strange question, but stay with me here.

You see the premise here is that whether you believe in gravity or not, you will feel the effect of the law. It does not depend on belief.

The idea is that there are three types of laws:

Man made laws can often be broken without any resulting consequences. Someone who commits murder may not be found out or, due to a technicality, may escape conviction.

Physical laws work differently: They are inexorable and there will always be consequences. There is no getting away from them. For example, the law of gravity. When someone chooses to ignore such natural laws and thereby suffers its consequences, there is no moral issue involved. There is only cause and effect.

What many people don’t realize is that physical laws are not the only ones easily noticed. Just as the laws of physics, chemistry, and biology have an impact on your everyday life, and just as accurate, spiritual laws also influence your daily professional life and carry a degree of cause and effect.

In other words, complying with them will bring benefits, and ignoring them will certainly result in negative consequences.

On other note, you do not have to be religious for these laws to effect you.

“Your Father in heaven….causes his sun to rise on the evil and the good, and sends rain on the righteous and the unrighteous”.

So, the Laws Concerning Work apply to everyone. If you follow these laws you will succeed and if you don’t you will not. It is that straight forward. There is no luck involved. We all have opportunity, no matter what deck of card we are dealt.

That being said, let’s identify the 5 laws concerning work and see how they can help us with our business.

The Law Of Work

Proverbs 14:23 says that all hard work brings a profit, but mere talk leads only to poverty.

Remember in our industry, it is called “Work At Home”, it is not “Make Money At Home”. You do have to work.

The Law of Work says that people who don’t take action don’t accomplish anything, and their lives become meaningless. They may avoid experiencing pain, but they don’t learn, they don’t feel, they don’t change, they don’t grow, and they don’t live. They are like slaves who fear freedom. Only those who take risks are free.

And success depends on BOTH. Not just one or the other. This is very important, especially since there is risk involved. You see, study reduces risk and increases wisdom.

But you cannot just study and learn, you have to take action after you study or you end up like a lot of internet marketers who just learn and never take action. This is great for the people who are selling these tools to learn, but they are not good for the ones purchasing the tools if they don’t take action after they learn.

If the connection between work and success is ignored, it causes misunderstanding and wastes time and money. Work breeds success. And this work begins with the search for knowledge, whether by studying or gaining practical experience. This is why taking shortcuts can be a real trap that prevents success.

The law of work is a powerful spiritual law because, as a rule, those who achieve success or money without honest, hard work are unable to hold on to either for very long.

“Dishonest money dwindles away, but whoever gathers money little by little makes it grow” (Prov. 13:1).

The Law of Courage

The law of courage is about the willingness to take risks, The bible talks about a scared servant who, for lack of courage, did not invest wisely. This is in the famous parable of the talents. Have you heard this one?

In the story Jesus, says that a man needed to leave the country, so he “called his servants and entrusted his wealth to them”. To one, he gave five talents of gold; to another, two; and to another, one. This distribution was based on the ability of each servant.

After some time the master comes home and called his servants to account. The first two had not been idle and didn’t miss the opportunity to make more money, and received their masters praise. The third servant, however, made no return. Of course, the owner was not happy and said “You should have at least put my money on deposit with the bankers, so that when I returned I would have received it back with interest”.

All investments require strategic analysis and carry implicit risk. We cannot be so bold as to be irresponsible, nor can we be excessively prudent to the point of being lazy, negligent, or content with our lot. It really is laziness, not just playing it safe. Often times people are not really honest with themselves when they say they are just being safe. They are actually being lazy, because they are not putting in the effort to research and then take action on what they have learned.

The Law of Resilience

Some people are constantly blaming others, society, politics, or even the President for their circumstances. When it comes to adversity, again, we all experience it and we all experience different types. In order to become successful, we have to stop thinking that success depends on luck or being in the right place at the right time. Most of the time success depends on following these laws consistently.

Being resilient is about being able to cope with pressure. It also means that you don’t give up just because you fall down. You get back up again, learn from your mistakes and try, try again. Again, you do the work anyways. Whether you fail or not. You keep trying. Most, if not all, successful people fail many times before they succeed.

The Law of Joy

Do everything without grumbling or arguing. Philippians 2:14

There are people who spend a majority of their lives complaining about what happened to them, what they are missing, what didn’t work for them, who betrayed them, and so on. They are incapable of learning from the past because they cannot put a “closed stamp” on the situation. They are incapable of learning from their lessons which makes it difficult for them to gain wisdom and knowledge to make work, well work.

When we remain joyful regardless of our circumstances, we put ourselves in a state where we can think clearly and focus on succeeding rather than failing.

The problem with grumbling and arguing all the time is that it invites other adversity to arise. The best way to end the cycle of adversity is to be joyful as much as we can. This is a very apparent law in action. We see this constantly in the world of business and in our personal lives. Joyful people inherently attract success. It is a known fact and we see this law in action everywhere.

The Law of Recharging

This is an interesting one. In fact, it is one of the Ten Commandments.

Six days do your work, but on the seventh day do not work, so that your ox and your donkey may rest, and so that the slave born in your household and the foreigner living among you may be refreshed. Exodus 23:12

When you properly apply the spiritual law of recharging by allowing time for leisure and recovery, you will substantially boost your emotional and physical energy for your work. This principle is often seen as a prohibition instead of useful advice (like most spiritual laws).

This is known as the Sabbath or Shabbat, which is a Hebrew term that refers to the seventh day of the week, dedicated – in Judaism – to rest.

Unless they break with routine, people will break down sooner or later, and their productivity and motivation will increasingly decline. It’s a simple idea, really.

These Biblical principles and advice is to work hard without becoming desperate; rest without becoming lazy or irresponsible. The goal is to have a well balance calm life so you can enjoy your success.

Using these principles, one realizes that we spin our wheels when we try to look for short cuts. It actually requires less time to do thing right. This is certainly true in the online world. I have been involved with internet marketing for a long time, and it wasn’t until I realized that a foundational approach to business rather than chasing the “shiny objects” is far easier and more productive.

So, if you want to succeed in business or even start a business of your own, do not look for the easy way. You need to do the WORK. It is not that hard, but it is also not simple. You need the right training, support and tools.

Here is where you can learn how to start and succeed with your own business and learn what WORKS!

How Ralph Earns a Full-Time Income from His Laptop

A Simple 4 Step Formula for Building a Business and Earning Your First $1,000 Online